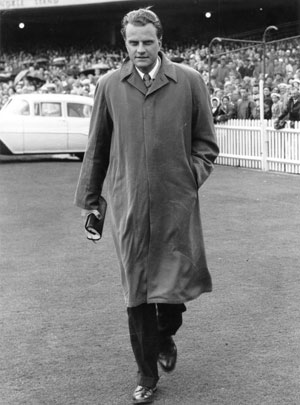 Reposted with permission from Gospel Life

Much can be said about the life, family, and ministry of Billy Graham. I will leave the reporting to journalists and historians who have covered this historic event and I will delimit my reflections to his funeral service held at the Billy Graham Library compound in Charlotte, North Carolina on March 2, 2018.

I read the February 21. 2018 article featured in the New York Times informing the world that Billy Graham had “died.” The following day, I received an email from the Billy Graham Evangelistic Association (BGEA) inviting me to attend Rev. Graham’s funeral service. With only 72 hours given to accept or decline the invitation to this private funeral service, I prayed and consulted with my family, then gave my affirmative response and booked my flight.

How could I decline such an honour?

On February 28, 2018, I was met at Charlotte’s Douglas International Airport by one of the BGEA leaders who delivered me to my hotel. The following night I was told, “Tomorrow, you and other international guests will be picked up by a bus at 07:30. Be at the lobby on time. All you need to bring is a photo ID or your passport. Security is very tight at the Billy Graham Library compound. Several high-profile government officials will be there.”

“Remember also your Creator … man is going to his eternal home, and the mourners go about the streets — (remember) before the silver cord is snapped, or the golden bowl is broken… and the dust returns to the earth as it was and the spirit returns to God who gave it. vanity of vanity says the Preacher; all is vanity.”

God used Rev. Graham’s earthly life and passing to remind me of the Creator God. I was also reminded that my life is fragile and short; my own body will one day decay, but my spirit returns to the One who gave life.

How would I live out the remaining days of my life?

Our delegation arrived two hours before the service. I cleared security without problems. The first thing I noticed, other than the obvious presence of security officers all over the sprawling library ground, was the massive gathering of media vehicles parked near the entrance gate. It reminded me of a trailer park in Banff National Park (Canada). Immediately, I realised that this funeral service would be covered by media and would be broadcasted live into the four corners of the globe.

Personalities from the US government, and people from around the globe representing a sample of socio-economic and ecclesiastical sectors, were in attendance. Select Evangelical mission agencies and institutional representatives were also there. Almost all of these people had personal and ministry relationships with Rev. Graham and/or the BGEA. I was amazed to see the vast networks of partners Rev. Graham had worked with to advance the cause of the Kingdom of God.

He was a unifying figure. Being invited to this gathering of kingdom workers was a special privilege.

After the Christ-exalting tributes given by the Graham children and close associates, Rev. Franklin Graham III preached the same gospel message that his father preached for nearly 80 years. He highlighted simple, but vital theological tenets proclaimed by his father.

I took note of the following themes: Heaven and Hell; God’s mercy, forgiveness, and judgment. Therefore, salvation is by grace alone (Eph. 2). Franklin’s comforting and assuring word was that the dead in Christ have hope of eternal life and are heaven-bound.

I was reminded to focus on the message that Jesus is The Way, The Truth, and the Life, and not to deviate from it. The funeral service was solemn, but jubilant. The gathered crowd from all over the world worshipping together was, for me, a foretaste of heavenly worship. I am so grateful for the opportunity to worship the Triune God with representatives of the gospel. I was honoured to join the Church in celebrating Rev. Dr. Billy Graham, the “faithful, available, and teachable” (F.A.T.) servant of Jesus Christ.

Before the service, I had arrived on site early enough to navigate through the crowd. A colleague and I ended up closer to the library. A short walk led us to the Graham’s house. Inside, we saw evidence of simple and orderly living. Many so-called evangelists are living lavish and extravagant lifestyles. It is true that leaders can easily lose credibility when we live in excess and greed. I left the Graham’s home reminding myself of simplicity.

Further on in a wooded area, we had found the graveyard of Mrs. Ruth Bell-Graham. Later, in the tributes given during the service, I would hear the Graham children testify to their parents’ devotion to each other. Beside Ruth’s grave was Billy’s prepared “resting place.” There, Billy and Ruth will be, side by side, for now “sleeping” as the Apostle wrote in the Bible and declared by their son, Franklin, to the whole world during the service. Sleeping, but their ministry continues, hopefully by God’s grace and mercy, until the Second Coming of Jesus Christ.

Billy Graham’s evangelistic outreaches and campaigns may have started in canvas tents, moving on to coliseums and to outdoor football stadiums, drawing thousands to hear him preach the gospel of Jesus Christ. However, on March 2, 2018, in the age of advanced communication technology, the gospel was preached to a multitude no one will be able to count.

The gospel was preached to the Borderless World, not kept within tents and stadiums, but escaping and resounding from under a canopy of technology.

From within closed geographical borders, the gospel was preached. Jesus, Saviour and Lord, was proclaimed from Charlotte to everywhere. Billy Graham’s body may have been cold inside a coffin and his mouth speechless, but the gospel was proclaimed from where he was laying, to the ends of the earth. Family, friends, and ministry partners sang out: “To God be the glory!” Billy Graham’s funeral was, for the multitudes, a glimpse into the City of God, our Eternal Home.

An alumni of Wheaton College Graduate School (USA), Cody has authored and edited various articles and books in the field of missiology. He is a grateful husband, father, brother, son, pastor, mzungu, and bhakta.